5 Tips for Choosing the Right CPU for Your Industrial Computer 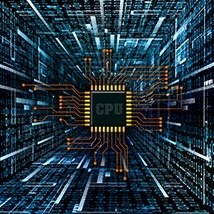 For those in the market to purchase a new industrial computer, the first question to ask is “What is the right CPU for my computer needs?” The CPU (Central Processing Unit) is the brain of any computer platform. They range from high performance heat monsters to low power and entry level. Do you care about the number of cores, max turbo speed, or size of the cache? Is cost savings or having the highest available performance most important? Before you choose a CPU, have a basic understanding of the types tasks your computer will do and amount of processing power you will need. 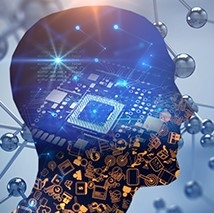 Low performance processors by Intel commonly have the name Celeron or Atom in front of them. Examples are the Celeron J1900, used in our TS-4010 series, and the Atom X5-Z8350, used in our TRT-4380 series. These processors are designed to run full Windows Operating Systems, and 1 or 2 other applications that are primarily text based. For example, if you your PC is on a production line scanning serial numbers on products and someone is hand typing in the weight into a web browser based system, you need a low performance processor. Low performance is great if it suits your needs, because it will draw less power, create less heat, and cost you less money!

A common way to directly compare processors is with their PassMark score. You can use CPUbenchmark.net as a tool to make direct comparisons between processors based on their real world performance. Using the example processors mentioned above, the Celeron J1900 gets a score of 1839, and the Core i5-6200U gets a score of 4019. This tells you that the 6200U is more than twice as powerful at performing calculations as the J1900. You can try it out with any processors you are debating between, to see their performance gap.

These two factors correlate directly with performance. Higher performance will draw more power, and will create more heat. As the designer of industrial PCs, we must take this in to consideration when designing the power circuitry on the board and also when designing the enclosure to effectively dissipate heat. As the consumer, you may care about power draw, as it is related to the electricity bill that you have to pay. The way that power draw and heat are measured is by TDP, which stands for Thermal Design Power. Processors will indicate their TDP on their manufacturer’s website. The J1900 has a TDP of 10 watts, whereas the Core i5 6200U has a TDP of 15 watts.

Processor Roadmap and Length of Support

This is a factor that is often overlooked, but can be crucial to some industrial use cases. It is only possible for Teguar to provide a product line if the CPU is still available from the manufacturer (Intel or AMD). Teguar specifically chooses processors that are part of Intel’s Embedded Roadmap, which is a guarantee from Intel that they will continue to produce and support a processor for a long period of time (often more than 10 years). Some companies may choose processors that are on the consumer roadmap, which may come in at a lower price, but may only be produced for 2 years. Often times, these dates are hard to find. You can contact a Teguar Sales Representative who will be able to provide how long the CPU is supported. This allows our customers to have confidence they can fit our system into their environment and then continue to purchase it from us unchanged for many years.

For many consumers, once they’ve made the decision between a high or low performance CPU, they are done, but there are many other technical measures of a CPU’s ability. Here is a summary, if you want to get technical: 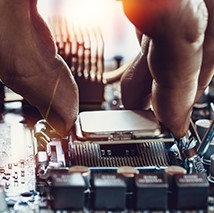 This is given in GigaHertz (GHz) and is a representation on how fast the processor is operating. So a 3 GHz processor is operating faster than a 2.2 GHz processor. But what each processor can do at a given speed varies greatly, so this number is only useful when comparing within a single processor family. A 6th generation Core i5 processor with a higher clock speed will most likely be higher performance than a 6th gen Core i5 processor with a lower clock. But if you compare different generations, or different manufacturers, the clock speed numbers don’t tell the full story.

Some processors have different speeds that they run at based on their current heat. The base speed will be the speed the CPU runs at normally, but then if you give it a hard task it will jump up to its Turbo Speed but only for a few seconds, then the processor will get too hot and will automatically slow itself down, so it does not overheat. This is something that Teguar takes into consideration when designing our enclosures. We want our computers to be able to dissipate heat effectively enough that they can remain at Turbo Speed longer than our competitors’ computers can. 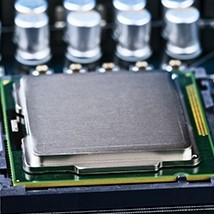 This is the amount of storage space on board to the processor for use immediately in calculations. It is like really fast RAM that is built right in to the CPU. The more Cache, the less waiting your processor has to do while your RAM or your SSD send it the data it needs.

A CPU core is a physical processing unit inside the processor. If a CPU has 4 cores, it can process 4 different tasks at the exact same time. Threads are a similar idea, but implemented in software not in the hardware. A core with two threads means that it will handle two tasks at the same time, but it will really switch back and forth between them quickly instead of actually doing them at the same time. The Core count is more important than the Thread count. Many computing processes cannot use all the cores at the same time. So in general, speed of a single core is more important than the number of cores.

Information was referenced from: https://www.tomshardware.com/reviews/cpu-buying-guide,5643.html