What is Power over Ethernet? 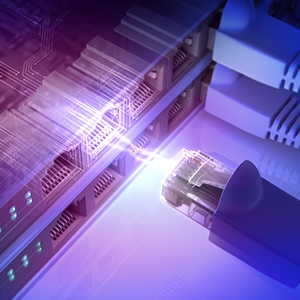 Power over Ethernet means an Ethernet cable is used for two purposes: a network connection and a power source. Devices that utilize PoE include computers, VoIP phones, cameras, kiosks, digital signage, industrial controls, network routers, and other IoT devices. PoE is often used on manufacturing and assembly lines, where dozens of devices are used to monitor and record data, and in security systems where cameras and other devices must be connected to the system from a great distance.

What are the advantages of Power over Ethernet?

With Power over Ethernet, you no longer need to run two cables to each device, and less cables makes for a cleaner, simpler system. You also do not need to plan for a power outlet near each device or pay costs associated with installing power. An IT professional can install PoE devices into an existing Ethernet network or run new wiring, but non-PoE devices may need to be installed by a licensed electrician, if they require new power cables and sockets to be installed in the area.

Another advantage of PoE is that it can be connected to an uninterruptible power supply (UPS) in a remote server rack. If your data collection process is mission critical, then it is crucial that your devices have a constant supply of power, even if regular electrical service is interrupted. This is easier and more cost effective with a PoE infrastructure. Instead of needing to put a physical UPS at each terminal location, you can instead use a single, larger UPS to power the PoE switch. As long as the power sourcing equipment (in most cases, a PoE switch with 4-24 devices attached) is powered, then all of the remote PoE devices will remain powered as well.

How does Power over Ethernet work?

Ethernet cables consist of eight wires that are grouped into four pairs. Usually, only two of the four pairs are used to carry data and the other two pairs are unused.

Electricity can flow over either of the two pairs, but most often it flows over the same two pairs that are used for Ethernet, while the other two pairs remain unused. This is because both the power current and high frequency data signal can be carried over the same wires without sacrificing performance.

However, sometimes when a non-PoE network is updated to PoE, all four pairs of wires are used. In this case, power is injected into the two unused pairs, while the other two pairs keep on carrying an Ethernet connection. Power is injected into the cable via a PoE injector, also called a midspan. PoE injectors range from low cost, single port connectors, to large, elaborate systems consisting of hundreds of ports. Midspan PoE injectors are a good choice, if you only need to add a few PoE devices to an already installed network infrastructure. If you know you need multiple PoE devices from the beginning, it is recommended to install PoE switches instead. 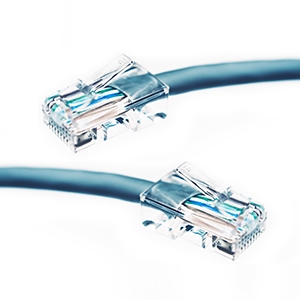 802.3 is the standard for Ethernet set by IEEE (Institute of Electrical and Electronics Engineers). Also referred to as IEEE 802.3, the standard applies to the physical layer for Ethernet cabling, including the type of wire, signal levels and bandwidth. The most recent revision to the standard was in 2019, when it was updated to include power via all 4 pairs of wires, as is necessary in gigabit Ethernet. According to IEEE, “These enhancements solve the problem of higher power and more efficient standardized Power over Ethernet (PoE) delivery systems.”

A low power consumption computer with no screen may need less than 15W, while high powered consumer computers can require more than 250W. Teguar provides power efficient industrial computers that fall into the middle power consumption category (802.3at) such as the TS-2945-10 and high performance units that require the latest 802.3bt equipment such as the TP-5045-15. The equipment needed for a PoE+ environment is common and value priced, due to it being the standard for the last 10 years. If you are looking to have large screen sizes or blazing fast computer speeds, then venturing into the relatively new Ultra PoE world is the right choice for you. Other high power consumption devices that the Ultra PoE standard allows include heaters, LED lighting, biomedical equipment, and stronger wireless access points.

What is next for Power over Ethernet?

PoE has made great advances over the last few years and we can expect it to continue to advance alongside the rest of the quickly evolving tech landscape. Higher wattage support will allow for new applications with high-powered devices.

You can also expect more stringent labeling requirements for PoE devices in 2020. A proposed revision to NFPA (National Fire Protection Association) NEC (National Electric Code) states that “there is concern about how PoE systems will be inspected to comply with the NEC. A consistent label format will greatly ease the inspector burden, making it easy to confirm an install complies with” regulations.

View Teguar's PoE Computers or contact us to discuss your project and request a free demo.

Windows 7 End of Support and Choosing your Next Operating System

Jan 29, 2020by Tom Poplawski
We use cookies on our website to give you the most relevant experience by remembering your preferences and repeat visits. By clicking “Accept All”, you consent to the use of ALL the cookies. However, you may visit "Cookie Settings" to provide a controlled consent.
Cookie SettingsAccept All
Manage consent