Why Power Over Ethernet Works with Building Automation

As the Industrial Internet of Things (IIoT) grows more prominent, applications like home and building automation become more and more common. A Building Automation System (BAS) is a network that is capable of controlling any electric systems in the building, like climate, lights, security, and fire detection, as well as monitor device performances and failures. A convenient way of integrating this system into your facility is with Power over Ethernet (PoE).

What is Power over Ethernet (PoE) 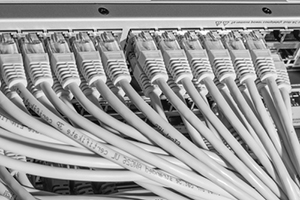 Power over Ethernet is a power delivery system that is also capable of transmitting data to remote devices over a standard category 5 Ethernet cable. Generally, Ethernet cables consist of four pairs of wires, and only two are needed to transmit data. The other two pairs then are able to provide power to the device, which means that one cable is able to complete two separate and important functions. Common applications that use PoE are access control, room reservation, room scheduling, interactive security systems, and of course, home and building automation.

PoE for Home and Building Automation

The reason that PoE is especially convenient for automation applications is because many buildings are already wired for Ethernet. Therefore, it is quick and easy to integrate an automation system into the existing wiring infrastructure. It also saves on costs, since an electrician is not needed to rewire the building, and if there is no rewiring, electrical permits also aren’t necessary. All that needs to be done is have Ethernet cables put into place. PoE is a low power solution that allows the safe transfer of electric power and data from your facility to remote devices.

Modern systems consist of switches and sensors that connect to a central hub. There are many devices that can be used as the central hub, or “gateway”, which is where the automation system is controlled by a user interface. Common options are a wall mounted terminal, computer, tablet, laptop, or a mobile phone.

The Benefits of a PoE Panel PC 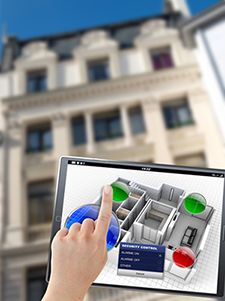 Using a panel PC as the central hub allows the user to monitor and control the whole automation system through the computer. A panel PC with PoE capabilities allows the computer to use an Ethernet cable for power and to pass along information, so you don’t need a dedicated power source for the PC. This makes PoE computers easy to implement and cost effective.

Another advantage with using a PoE panel PC is that they use a fanless cooling system, allowing for 24/7 nonstop operation. They can be mounted into a wall or desk so they stay out of the way until you need access.

Teguar has a line of panel PCs with PoE capabilities that were made specifically for IIoT and building automation applications. They increase efficiency, save energy, and cut costs in your operations.

The Hidden Dangers of Hospital Stays