In 2008, the Intel Corporation launched a new lineup of microprocessors known as the Intel Core i Series. Built on the older Intel Core chip architecture, the series was made up of the Core i3 (low-performance), Core i5 (mid-performance), and Core i7 (high-performance) CPUs. This was the first generation of the now common Core I series of processor that have become a staple for many embedded system builders.

Typically new processors are adopted by consumer electronics and computer manufacturers right away so that they can offer the latest technology in their products. Embedded markets take longer to adopt new chipsets as they need time to spec and test them in new/updated product designs. Industrial users replace industrial-grade computer systems more infrequently than consumer-grade alternatives, which can also slow the adoption rate of new CPUs.

But there can be huge benefits to embedded systems engineers who incorporate the latest chipsets into their operations sooner. The largest benefit to early adoption is a longer overall lifecycle for computers running the new chipset. 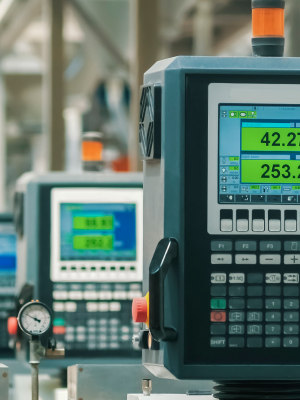 For several years Intel was using an update schedule known as the “Tick-tock model.” This model contained alternating generations of processors where the “tick” phase was a shrinking of the previous chip architecture and the “tock” phase was a redesign of the microarchitecture. This schedule was in operation for several years before Intel announced their intention to follow a new 3-step schedule of “process”, “architecture”, and “optimization.” Let’s take a look back over the first 7 generations of Intel’s Core I processor families:

The first generation of Intel’s Core I processors was launched in 2008. Known internally as project “Nehalem,” this new class of processor built on the previous Intel Core processor technology and began a new era for Intel’s chip design and manufacturing.

The second generation of Core I processors for Intel was launched in 2011; 3 years after the start of the Nehalem lineup. The 32nm Sandy Bridge CPUs were more powerful than their 45nm predecessors.

The third generation of Intel’s Core I processors launched shortly after Sandy Bridge, in 2012. This generation further refined the previous generation’s architecture by shrinking the circuit from 32nm to 22nm. Most of the circuitry in the Ivy Bridge generation has a high degree of similarity to the Sandy Bridge processors.

The fourth generation of Core I processors from Intel launched one year later, in 2013. This time Intel kept the circuit size (22nm) from the previous generation and focused on optimizing the chipset for improved power consumption and performance. 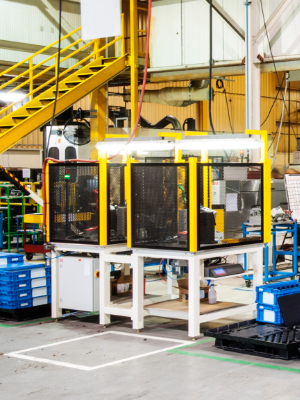 The fifth generation of Intel’s Core I processors was launched in 2014. The new Broadwell chips further improved upon the capabilities of the Haswell generation of products by shrinking from 22nm down to 14nm.

The sixth generation of Core I processor from Intel launched in 2015. This generation kept the 14nm size of the previous Broadwell lineup, but made improvements to the microarchitecture. Redesign efforts brought about improvements in processing power with reduced power consumption.

The seventh generation of Intel’s Core I processors launched in 2016 and 2017. This new CPU again uses a 14nm design but made further enhancements to the performance of the chips. The new Kaby Lake processors are the first Intel platform to lack official driver support for Windows operating systems released prior to Windows 10. This decision will likely slow the adoption rate of this chipset into industrial markets and embedded systems, as many companies are not in a position to upgrade to Windows 10.

Teguar follows the Intel Embedded Roadmap to ensure the longest possible product lifecycle to industrial computer and embedded system customers. Many of Teguar’s computers can be purchased with a Core I processor including fanless panel PCs, rugged tablet PCs, and fully enclosed waterproof PCs. For more information on Teguar’s available Core I solutions, contact us on our website or call 1-800-870-7715.