Most consumers are not actively looking for a personal computer without a fan, as performance is usually a top concern over durability. Unless you are paying top dollar, you will sacrifice performance for a silent computer. Computer boards generate heat, and there are several internal architectures to deal with it, but in general, higher performance means a higher amount of heat. Fans are the cheapest and most effective way to deal with CPU heat in the short term, and the worst way to deal with CPU heat in the long term.

Consumer computers without fans are a mixed bag. Form factors include box PCs such as an HP SB T310 or Levenovo Thinkstation, all-in-one computers like the Dell OptiPlex or LG Celeron, laptops that run the gamut from an Apple MacBook Air to an Acer Chromebook, and finally the tablet category. With consumer fanless PCs you get what you pay for. However, they are not made for the demands of anything other than a desktop workstation in an office environment. An industrial computer has both internal and external components that are made for long-term use in the environment they will operate in such as a hospital, food processing plant, or warehouse. 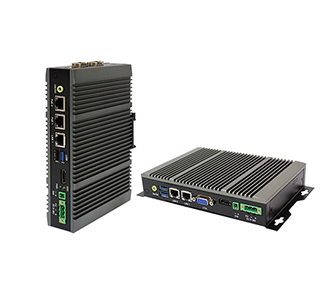 The phrase 'box PC' can be used interchangeably with embedded pc and fanless pc, so it can be confusing. At its core, this type of computer is simply any computer without a screen and without a fan.

It usually looks like a small box with ridges on it or antennas. The ridges are designed to create more surface area to dissipate heat, and antennas can also serve the same purpose or help with wi-fi signal strength.

These computers are typically MIL-STD-810 rated to withstand drop and shock. Fans are mechanical components that break easily, so you will not find a fan in an industrial tablet.

Tablets have lower computing power than PCs, so it is easier for a stable heat management solution to dissipate heat. 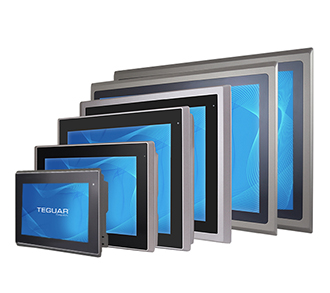 Before there were tablets and Wi-Fi, industrial plants would frequently have large areas with a series of panel computers connected to COM lines. If you imagine an old-school NASA command center in a semi-circle, you will get the idea. Industrial fanless panel computers have a bezel on the outside edge of the computer that is designed to fit into a cut-out area. The cut-out area has a work surface surrounding it, and there is frequently more than one computer present, so it can look like a window panel design, thus the “Panel PC” name. 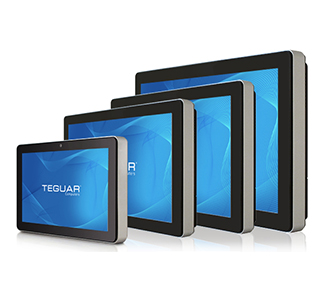 Industrial fanless all-in-one PCs are computers with a touchscreen made to operate 24/7. They are recognized by a fully flat front from screen to housing.

The bezel is usually streamlined and has minimal seams and ridges. They provide a modern aesthetic and are easy to clean.

Industrial Fanless Stainless Steel PCs with IP65 Rating or Above 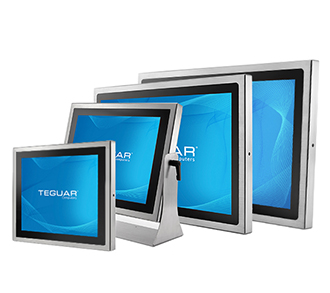 Other than rugged fanless computers, this class of computers can take the most extreme conditions. They have a stainless steel housing to resist corrosion and rust.

They are usually IP65 rated or higher to withstand washdown or weather, and are also called waterproof computers. 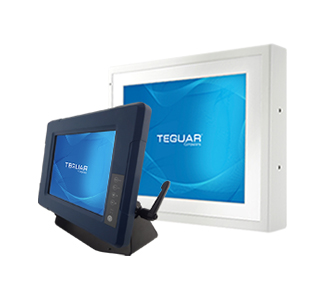 These computers are made for extremes. Think of jungle humidity, freezing temperatures, non-stop scorching sun, or a tank making its own road. Or, just as demanding, an unending irritable crowd at a theme park or snow slope. 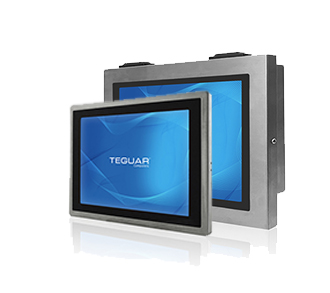 At first glance, an explosion-proof computer sounds exciting, but it doesn’t mean the computer won’t go to pieces if you launch a rocket at it.

C1D2 refers to environments where no electrical charge can be released into the air which would cause an explosion. This is paramount in mining operations and the chemical manufacturing process.

Teguar Announces New Fanless All in One Series with Sleek Design