What is a Rugged Tablet? 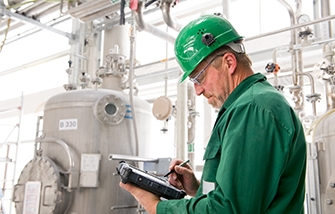 A rugged tablet is a mobile touchscreen computer designed for reliable operation in conditions generally considered harsh or inhospitable to consumer-grade electronic devices. They are built with industrial-grade components that can better withstand the rigors of non-stop operation in environments that are less than ideal.

In order to ensure successful operation in a wide range of environments, rugged tablet PCs have to be specially designed to exacting standards. The best way of proving a tablet’s ruggedness is to run it through a series of tests to determine just how much of a beating it can take.  The most common tests will expose a tablet to vibrations, shocks, and drops. These will determine what level of motion or impact the tablet computer can handle without breaking. Superior unit housing strength and high-quality touchscreen glass are required to achieve the best test results.

One of the most common computer parts to fail is the hard-drive. This is mainly due to the fact that a standard hard-disc drive has lots of small parts moving very quickly; increasing the possibility of something going wrong. Now imagine one of those hard drives being dropped several feet to a hard surface while all the little parts in the drive are spinning the discs at several thousand rotations per minute. To avoid such issues, rugged tablet PCs utilize solid-state or flash hard drives, which have no moving parts to be affected in the event of movement or impact. 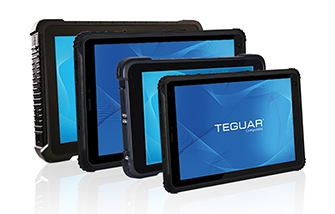 Another danger to the internal components of any computing device is the ingress of dust, dirt, or water through the outer unit housing. The solution is to seal the tablet computers so that no water can enter the unit. But how can you keep water away from the internal circuitry if you need a vent in the tablet housing for a CPU cooling fan? The answer is fanless cooling. By using an internal heatsink to pull heat away from the tablet’s CPU, the processor is kept from overheating without the need for a cooling fan.

Consumer-grade tablet PCs are not known for their ability to operate in very hot or very cold environments. But many working environments are subject to very high or low temperatures, or variations in temperature. Rugged tablets are manufactured with specialized industrial-grade components that are better suited for operation in a wide range of temperatures.

Teguar understands what is required to build rugged tablet PCs that you can rely on. Built with industrial-grade components and fanless cooling systems, they are intended for extended operation in harsh conditions that would doom consumer-grade alternatives. View Teguar’s current lineup of rugged tablet PCs on our website, or call 1-800-870-7715 to discuss your rugged mobile computing needs with a member of our project consulting team.

Aug 09, 2017by Teguar Computers
We use cookies on our website to give you the most relevant experience by remembering your preferences and repeat visits. By clicking “Accept All”, you consent to the use of ALL the cookies. However, you may visit "Cookie Settings" to provide a controlled consent.
Cookie SettingsAccept All
Manage consent