In the medical field, electronic medical systems are being subject to more and more technical certification standards. In just a few years, the amount of medical equipment located around a patient has greatly increased. Some of these systems are electromagnetic and generate radiation, while some are wireless. Government agencies such as the U.S. Food and Drug Administration (FDA) and the European Union Medical Device Directive (MDD) have enacted more stringent standards as concern for patient well-being grows amid advances in technology. 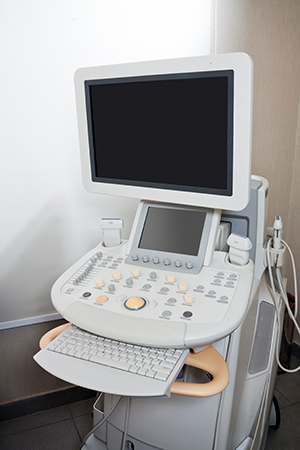 Patient deaths have been caused by interference between things like ambulance radios and defibrillators, or metal detectors and pacemakers. Electromagnetic interference (EMI) is common to many non-medical devices, but is more dangerous in the medical field:

Electromagnetic compliance (EMC) ensures that medical devices will not cause interference with other equipment in its environment. Many recent industry discussions have centered around wireless p[electronics and their susceptibility to EMI, which can result in disruption to other nearby wireless medical equipment.In response to these issues the FDA and MDD are enforcing compliance with stricter EMC standards. Medical equipment manufacturers should design equipment to meet or exceed the requirements outlined in the regulations.

The Importance of Certification

Due to the possible penalties for non-compliance, medical equipment manufacturers now must ensure that their systems and the components in those systems meet the tougher standards. Certified medical systems protect the patient, as well as contribute to the performance, reliability, and usability of most other electronic systems in the patient’s environment. Certification provides assurance that the electronic medical systems are safe for use in medical environments.

The certification process adds cost, since the component must be built to higher standards and requires ongoing support. However, certified components can broaden the use of the equipment, since if it is manufactured to a stricter certification, it can be used anywhere in a medical facility, instead of just in clerical or administrative environments.

Many manufacturers build medical devices to be compliant with the standards, but that doesn’t mean that their equipment is certified. Certification is carried out by a non-biased third party to ensure the device adheres to all applicable standards. In the medical field, it is risky to use non-certified equipment, even if it is considered compliant. Patient lives hang in the balance if something goes wrong.

What Must Be Certified

Almost all aspects of medical electrical systems are affected by regulatory requirements. There are two general categories: non-critical patient data systems, like viewing test results, and critical patient care systems, such as cardiac monitors for life support. Proximity to the patient has a large role in determining which medical systems must be compliant and to what level. The patient environment, a distance of 1.5 meters (4.9 feet) surrounding the bed and extending below and above the bed to 2.5 meters (8.2 feet), is the area in which electrical medical equipment is subject to a growing number of standards. Since catheters and tubes connected to the patient can sometimes conduct current into the patient’s body, any electronic system within the patient’s reach must have some protection from electrical hazards.

Although standards vary depending on the different regions and regulatory bodies, there are six primary areas of concern common to all standards, which apply to both patient and caregiver safety:

Entities Involved in the Certification Process

The IEC and other similar non-profit organizations are non-governmental industry groups that lobby for regulatory change and may draft their own standards as guidelines for their members. While they do not enforce the standards, they are very influential and can encourage their members to boycott companies or countries that aren’t following industry standards.

Groups like UL are for-profit companies. They are third party entities that test, certify, and inspect equipment to ensure compliance with the standards. As thought leaders in the industry they act as a reputable source of information and often help influence the formation of new regulations.

These three types of entities all affect the certification system in different ways, but also work together to draft and enforce national and international codes. 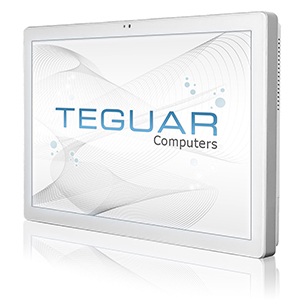 The International Electrotechnical Commission (IEC) sponsors some of the most comprehensive codes. IEC 60601-1 is the basis of most standards for Electrical Medical Devices, including the U.S. and Canadian standards. IEC 60601-1 applies to equipment used under medical supervision and which makes contact with the patient. It is divided into three areas:

In the United States, medical device regulations are codified in the Federal Register at 21CFR Parts 800-898 and are very similar to the IEC standards. Key takeaways from the IEC standards are:

If a manufacturer’s medical equipment is compliant with IEC 60601-1, then it will be compliant with all countries that have adopted the IEC regulations as their national standard.

Although there are harmonized standards, there is no one universal standard. Requirements can vary across state lines or country borders. If a manufacturer wants to market their medical equipment in a certain area, they must do the research to make sure that they adhere to any additional guidelines present in that specific region.

Teguar Corporation designs medical computers that not only adhere to the IEC 60601-1 standards, but have also received certification from a third party. By meeting these extra requirements, Teguar achieves a higher level of EMC with its products, allowing their units to be placed into an expanded range of medical environments. By designing and certifying its medical computers to such exacting standards, Teguar demonstrates its commitment to patient safety and the manufacture of high quality medical devices.