When it comes to choosing a touchscreen for your industrial or medical application, it is crucial that you understand the most popular types of touchscreens, in order to find the best solution. In the video below, Tom Poplawski and Will Hoffarth demonstrate how capacitive and resistive touchscreens work. 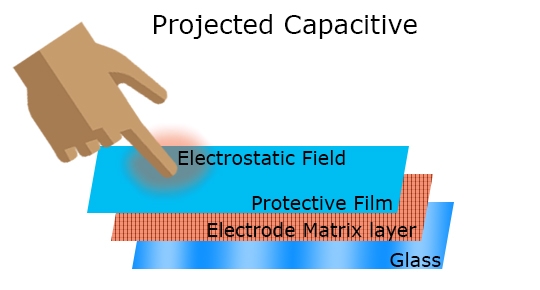 Projected Capacitive (PCap) touchscreens are used on the vast majority of smartphones and tablets. PCap screens consist of a layer of glass, a matrix of electrodes and a protective film. The matrix of electrodes creates a three dimensional electrostatic field that registers even the slightest change in electrical current. So, when a conductive object, such as your finger or a stylus, comes into contact with the matrix of electrodes, the electric field is changed slightly, and the screen registers your touch. 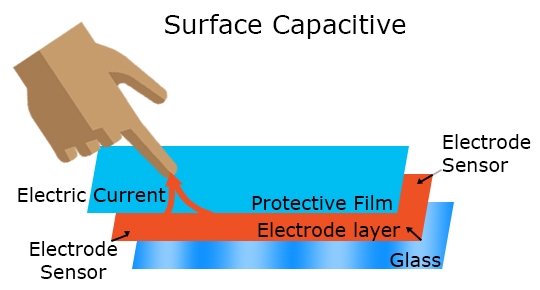 A Surface Capacitive touchscreen consists of a layer of glass, a layer of electrodes, and a protective film. The layer of electrodes has a constant charge and when you touch the screen with your bare finger or a capacitive stylus, a tiny amount of that charge (or electric current) is transferred from the screen to your finger. Sensors at each corner of the touchscreen locate where the electric current is transferred and that is where the screen registers your touch. 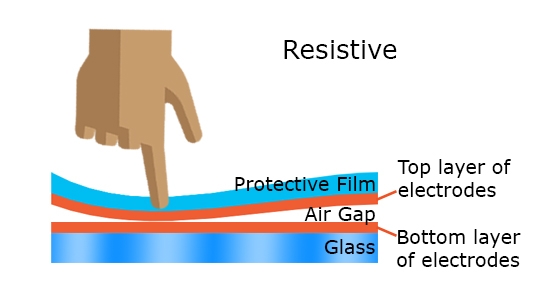 Resistive type touchscreens consist of a panel of glass and protective film screen that are separated by a very small air gap. The sides of the glass and film that face each other are coated with a thin metallic layer of electrodes. When you apply pressure to the film (i.e. you touch the screen), the two electrode layers touch, completing an electrical circuit and registering touch. Spacer dots are used to determine where the touch point is.

You can use virtually any object on a resistive touchscreen, which makes it ideal in manufacturing environments where users wear thick gloves.

Tom Poplawski has more than 14 years of engineering and design experience in the computer hardware field. He currently works as Product Manager at Teguar Computers and holds a BS in Electrical and Computer Engineering Technology from Purdue University. When he is not thinking hard about how to build better computers, he enjoys outdoor activities, photography, traveling the world, and finding the best restaurants in town.