While there are many types of touch screen technologies available for industrial touch screen pcs, three stand out as the most practical and cost-effective options for most application.

This type of screen is comprised of 2 elements, a glass panel and a film screen, both with a thin metallic coating. The panel and the screen are stacked on top of each other, with the metallic coated sides facing each other and a small gap between the panel and the screen. When a user pushes down against the film screen, the electrically charged metallic layers touch and transfer electrical current. This action signals a screen touch at the specified location. Many different objects can be used on a resistive screen to interact with the interface, as long as sufficient pressure is applied to trigger a screen touch. As such, this is a popular option in facilities where touch screen users are required to wear gloves while interacting with the computer screen. 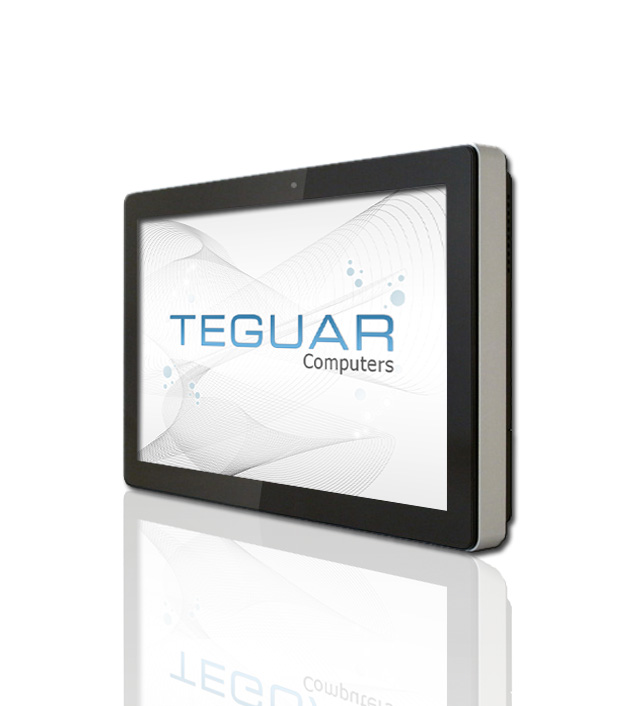 This touch screen technology utilizes the static electricity capacity of the human body to register its screen touches. The screen is designed by adding a thin layer of electrodes on top of a glass panel. When the panel makes contact with human skin or with another capacitive object (like a stylus with an electrical charge), the screen will transfer a small amount of electrical current to the user’s skin. This transfer of energy is registered by the unit as a screen touch. Unlike resistive based touch screen technology, the capacitive screen cannot register screen touches without direct contact from a capacitive object.

Teguar offers a wide range of industrial touch screen pcs for every application, with specialized units designed to be waterproof, sunlight readable, or explosion-proof. Regardless of whether you are looking for a resistive, surface capacitive, or projected capacitive screen, we have a solution to meet the needs of your specific operations.