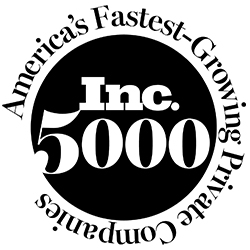 Teguar has been a “bootstrap” endeavor since the begining, starting at $0 in 2010 and never taking any outside investment. While outside investment can give startups a huge boost, it also can pose a high-risk, and it is not the path that Teguar Founder and CEO, Jonathan Staub, chose to take. He credits the company’s impressive growth to having a passionate, hardworking team and providing excellent customer service, top-notch products and competitive pricing.

The vast majority of Teguar’s employees who started in the company’s first few years are still present and now hold leadership positions at Teguar. Staub says he has enjoyed watching “a young management team without much experience in managing (including me), growing together with the company in leading teams and individuals to achieve crazy goals!” Teguar Chief of Operations and eight-year employee, Alex Daskalow, adds, “When you work at Teguar you get used to crushing through ceilings that previously seemed unreachable. Receiving external validation such as the Inc. 5000 award can serve as a welcome reminder to give ourselves a collective pat on the back for things accomplished.”

Teguar has many accomplishments, besides growth in revenue, to celebrate, as well. The company now has over 30 employees and 3 offices around the world. Teguar computers can be found in over 50 countries in a range of applications and industries; they are used to produce lifesaving pharmaceuticals, quality check food and beverages at fortune 500 companies, on boats, cars, planes and trains, in the operating room and even in machines used to find and deactivate explosives. Teguar also makes a difference around the world by supporting non-profits including; Glowbalact, offering rehabilitation for people exiting human trafficking in Israel; HopeMatch, providing Christmas gifts to families in need in Charlotte, NC; Helimission, supporting people in remote areas of Madagascar and Indonesia; and Help Kids Up, giving physical and spiritual support to children in Uganda.

While Teguar has grown out of the startup phase, we are committed to keeping the best of “startup culture.” Jacob Valdez, Teguar Sales Manager, says, “We have worked hard since the beginning to establish a culture which values teamwork and purposeful communication.” This won’t be lost as Teguar moves forward with future endeavors and adopts tried and true practices for sustainable growth.

Teguar is currently in the middle of launching a new ERP system, upgrading marketing technology platforms, restructuring Support and Sales Departments, as well as securing architectural plans for a new facility, planned for early 2021. Teguar hopes this planned growth and other future initiatives will secure us a spot on the Inc. 5000 list for a fifth year.

The 2019 Inc. 5000 is ranked according to percentage revenue growth when comparing 2015 and 2018. To qualify, companies must have been founded and generating revenue by March 31, 2015. They had to be U.S.-based, privately held, for profit, and independent—not subsidiaries or divisions of other companies—as of December 31, 2018. (Since then, a number of companies on the list have gone public or been acquired.) The minimum revenue required for 2015 is $100,000; the minimum for 2018 is $2 million. As always, Inc. reserves the right to decline applicants for subjective reasons. Companies on the Inc. 500 are featured in Inc.’s September issue. They represent the top tier of the Inc. 5000, which can be found at http://www.inc.com/inc5000.